After more than a year of COVID restrictions, Luther Acres residents excitedly welcomed the return of many pre-pandemic activities and a visit from celebrity chef and Food Network star Jet Tila on Wednesday, June 23. Chef Tila visited the campus to conduct a hands-on “Teaching Kitchen” cooking demonstration at 11:00 a.m. in the campus Community Room. He prepared a Hawaiian chicken sandwich with fresh apple slaw alongside several residents as sous chefs, while roughly 50 residents and team members gathered to watch the live demonstration. Afterward, he happily posed for photos with residents and staff, while chatting and autographing cookbooks that they had brought to the event.

The sandwich was a featured menu item later that evening at the annual Luther Acres Resident Summer Picnic. The picnic, with a Summer Fair and Carnival theme, also included Angus beef sliders, whole roast pigs, boardwalk fries, snow cones, cotton candy, funnel cakes and more. Other activities throughout the day included a cornhole tournament and putting contest, as well as a dunk tank and a “Pie in the Face” event, where Luther Acres leadership were the good sports. The band Swing Street performed on the campus’ Towne Center patio at 6 p.m. 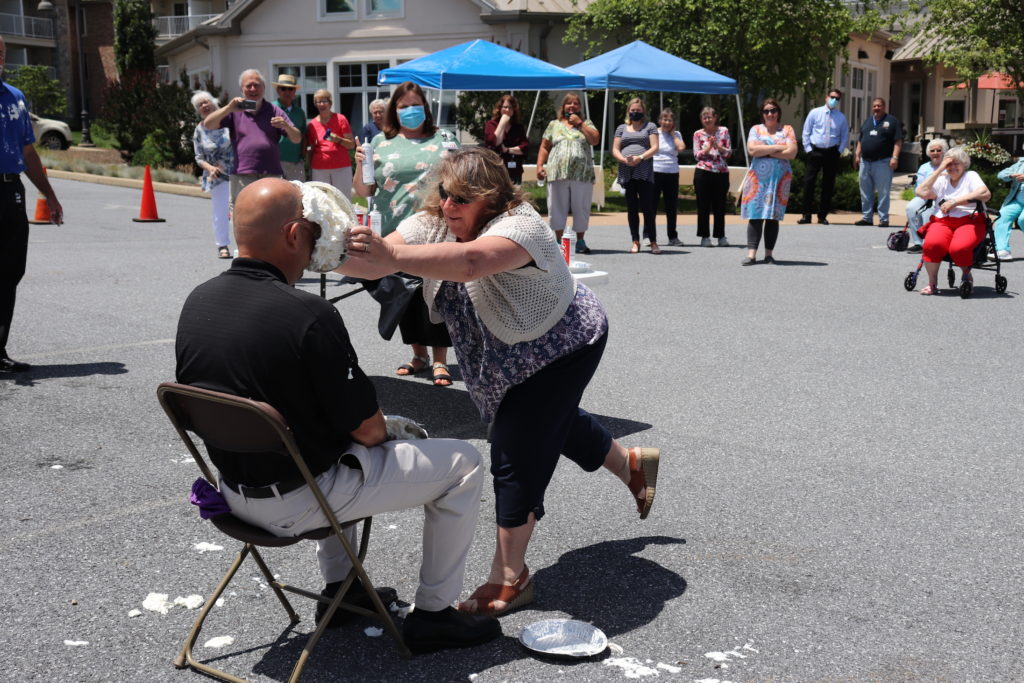 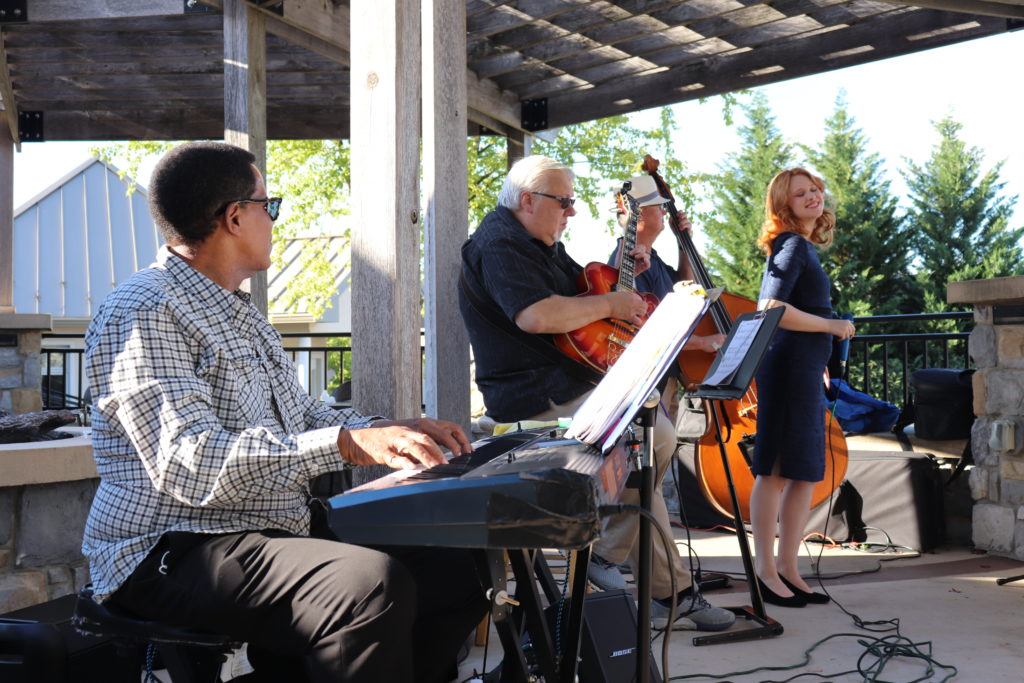 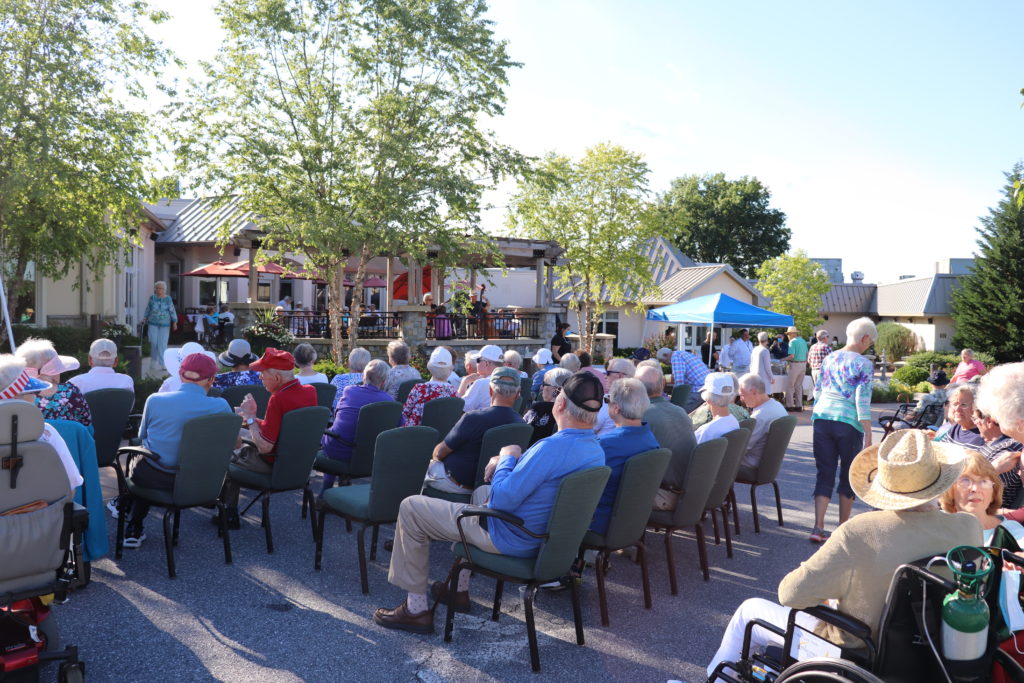 Residents had a wonderful time connecting at what was the largest campus-wide event in more than a year, and it marked a return to normalcy, thanks to our robust and successful vaccination program.

Chef Tila, known for his appearances on “Chopped” and “Iron Chef America,” has carved a niche as a culinary storyteller. Thanks to his diverse background and education, Tila is as comfortable as chef and consultant as he is teacher and student in the art of food. Tila grew up in his family’s restaurant kitchens and markets in Los Angeles, home to the world’s largest Thai population outside of Thailand. As a boy, he spent time learning the ancient traditions of Asian cuisine from his Cantonese grandmother and working in the famed Bangkok Market and Royal Thai restaurant. Tila built a foundation for his passion and completed his culinary education at Le Cordon Bleu, establishing a framework of classical French technique to match his extensive knowledge of Asian cooking. He also completed an intensive study program at the California Sushi Academy. “My food is predominantly Thai and Chinese because it was the food I was exposed to growing up,” he notes. “And my cooking overall represents the neighborhood I grew up in LA: between Thai Town, Chinatown, Koreatown, and Little Tokyo.”

Chef Tila’s appearance was part of Morrison Living’s Celebrity Chef Series, offered in partnership with Luther Acres to bring interactive and engaging culinary experiences to residents. Morrison Living is the culinary services provider for Luther Acres and other Luthercare communities. 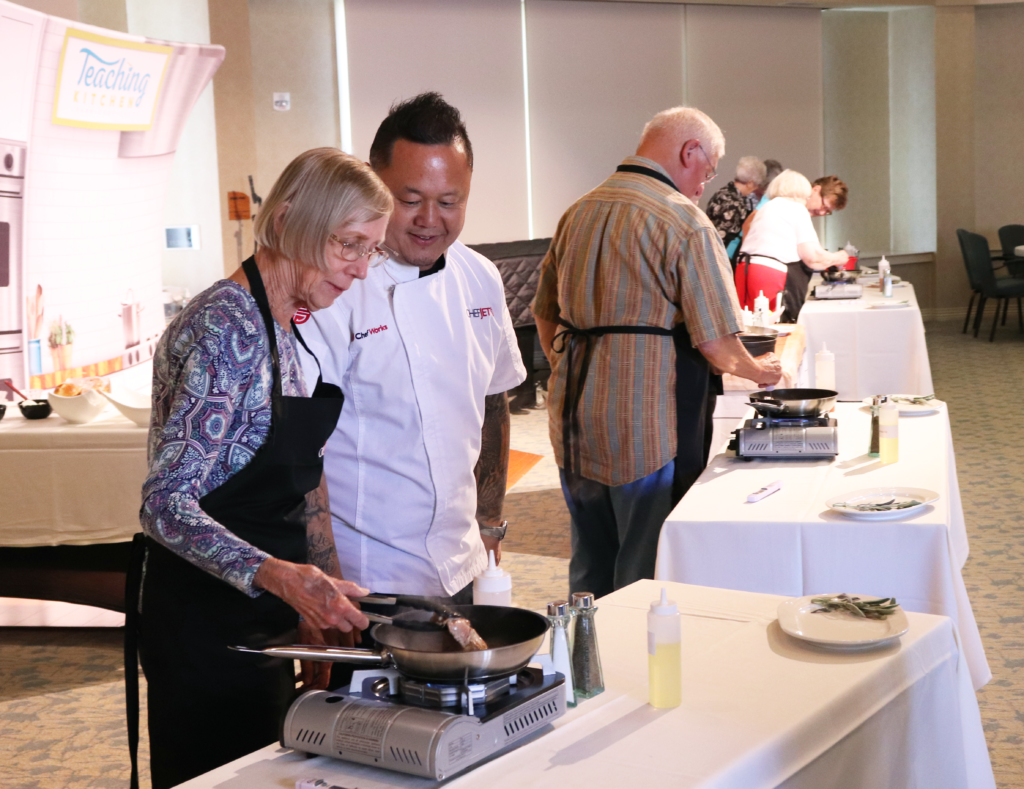 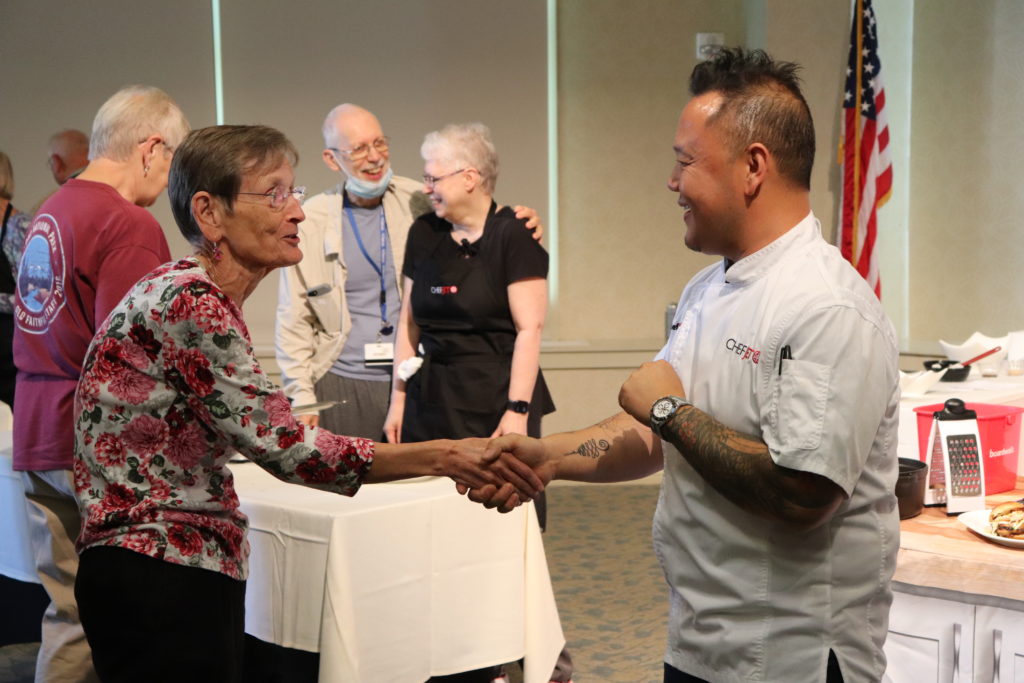