It is with many thanks and warm wishes that Luthercare bids farewell to Kathy Long, who retired earlier this month after 44 years of service at our Spang Crest community in Lebanon.
Kathy served as Spang Crest’s Housekeeping Manager for the past 25 years.
Quick with a smile and a kind word, Kathy started at Spang Crest in 1977 as a Certified Nursing Assistant working with long-term care residents with memory impairment. She moved on to become a physical therapy aide, and at the same time, the central supply aide. She was named head of the housekeeping and laundry department in 1996 and had managed the two departments ever since. During all her years as manager of the departments, the Housekeeping and Laundry Departments were deficiency-free when surveyed annually by the Pennsylvania Department of Health – an accomplishment that deserves much recognition!
In 2008, in acknowledgement of the excellence she brought to her role, Kathy received the Staff Member of the Year Award in LeadingAge PA’s Distinguished Service Awards. LeadingAge PA, an organization that represents more than 380 nonprofit providers of senior housing, care and services across Pennsylvania, established the Distinguished Service Awards to honor those very special people whose work deserves being spotlighted.
Dan Deitzel, Executive Director of Spang Crest, says, “Kathy was invaluable when I came to Spang Crest because she always had the knowledge and history of the building. We often joked about her being here when the first beds were rolled into the building. I will miss our many afternoon conversations and laughs. I wish her well in her next chapter.”
Kathy says, “What I enjoyed most during my time here are the relationships I developed with the department members, some of whom I have worked with for 30-plus years, as well as the relationships with residents and their families.”
Luthercare is grateful for Kathy’s commitment to customer service and teamwork – always going the extra mile for Spang Crest residents, their families, her team and other staff members.
In her retirement, Kathy said she is most excited to travel and spend time with her husband and family. She is looking forward to seeing her granddaughter’s gymnastics meets with the USA gym team and hopefully finally taking the cruise with her grandchildren that has been cancelled three times.
Best wishes in your retirement, Kathy! 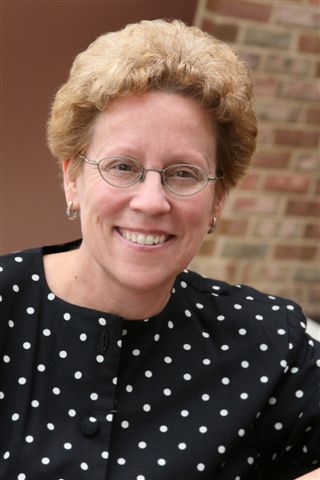